A night on the town 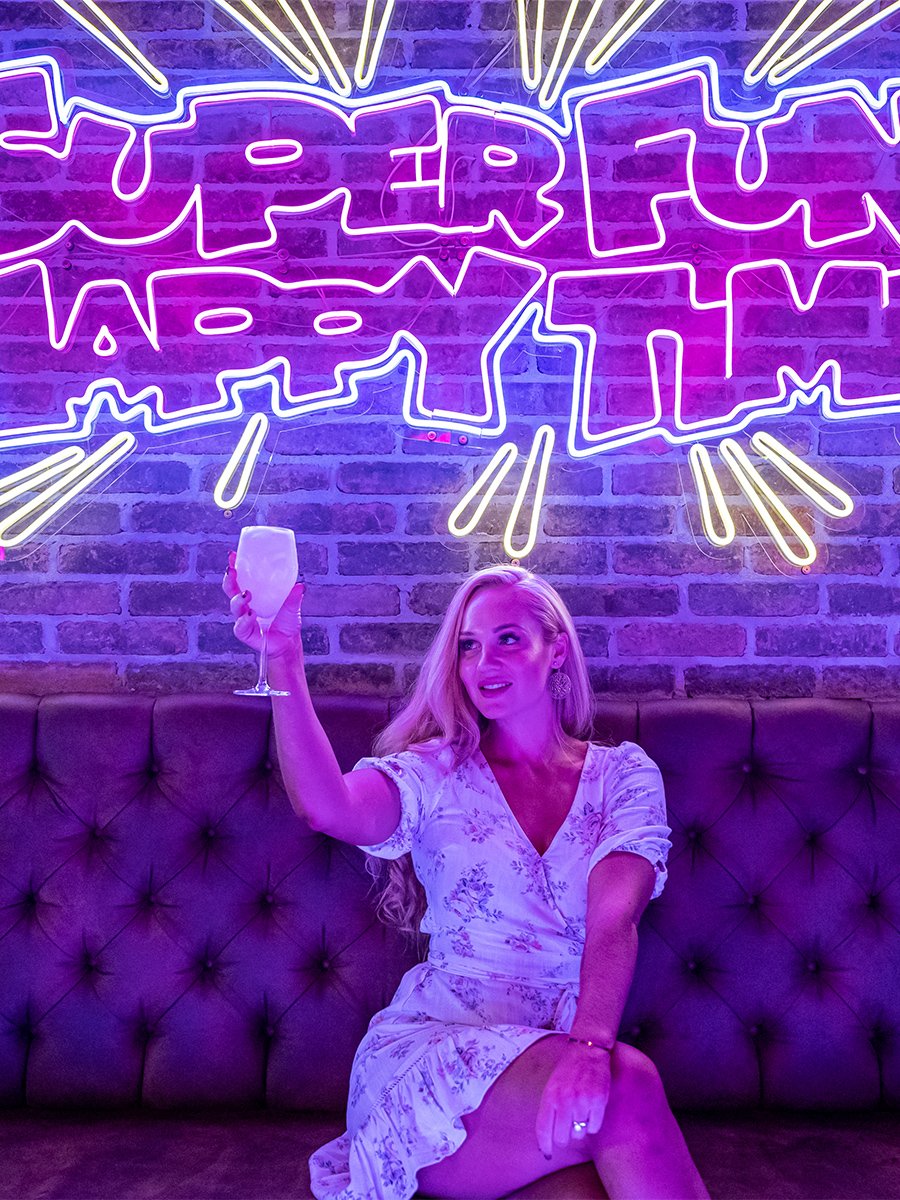 It’s safe to say that the Sunshine Coast hasn’t been well known for its thriving nightlife.

Here, we are probably more famous for the golden beaches and rolling surf, the greenery of the hills and the boutique foodie scene. Nightlife has always been more of a Brisbane or Goldy thing. You slip out of your bikini, throw the surfboard in the shed and head into the city if you want to get your dancing shoes on and tear up the town. That was the way it went.

But it appears times are changing and some trendy venues are popping up left, right and centre to give the Surfers beachside clubs and grungy city punk bars a run for their money. And some of the old Coast favourites have been revamped and are bringing sexy back.

The Sunshine Coast has stepped up its nightlife game. But don’t worry, the laid-back vibe has remained. And we know, because we decided to get our own dancing shoes on, dress up a bit and see what the fuss was all about.

Let me introduce you to a couple of faves. One that will have you feeling as though you have stepped off Ocean Street and straight into a hip joint in the Valley, and another that will have you sipping on throughout the night feeling a bit of nostalgia.

TAPS MOOLOOLABA:
Taps is becoming something of an institution in Mooloolaba. The venue, located a mere 100 metres from the beach, has been around for eight years, serving up craft brews to the locals who come to sit outside in the beer garden and watch the sun set on this coastside town. But there is so much more going on when you step inside.

Let’s start with the food.

Not your stock-standard pub meals here. Instead, I want you to think garlic and parmesan or honey soy wings, popcorn chicken, a clucking brilliant chicken burger which lives up to its reputation, and crispy pork belly bites.

As for the drinks, Taps rocks all the favourite cocktails and is very well known for craft beers.

Now however, you can even wash your meals down with the signature Black Flag Brewing beers including my favourite, Rage Juicy Pale.

After kicking off about 12 months ago, Taps’ sister business Blackflag Brewing (which also has its very own venue just down the road) has expanded rapidly and it isn’t hard to see why. It offers up a few main beers, the juicy pale, a tropical pale and blueberry shandy, plus a range of seasonals all available as take-home packs or served up at Taps.

Oh, and did I mention that you can serve your own beers here too? No more waiting in line – Taps is all about creating a sense of individuality and culture so the team has implemented a DIY pouring option.

Perhaps my favourite thing about Taps is the fact that it isn’t like your typical bar, pub or club. Instead, it is an identifiable brand, even down to the hundreds of old beer vectors pinned to the walls, the eclectic grunge setting, the old-school punk playing, the PlayStation set-ups against bright painted walls, and the meme decor in the men’s bathrooms. This place touches the senses and creates an overall experience. One you want to relive again and again.

THE DRUNKEN DUMPLING:
If you want to get dressed up, put on your heels and dance the night away, you need to visit The Drunken Dumpling. One of the Coast’s newer venues, it doesn’t look much from the outside, but once you leave Ocean Street in Maroochydore and step inside, you feel as though you have been transported to a funky Asian-inspired nightclub in the centre of Brisbane city.

Here you are welcomed by neon signs, a pink cherry blossom tree and wall art of a gigantic tiger leaping from the brick that surrounds the VIP booths straight to the bar. On one side of this relatively small establishment, you have big semi-circular leather booths; the other has bar stools and tables that light up, as well as a dance floor tucked in the corner. It is eclectic, classy and out there all in one, which is why I put this place at the top of my favourites’ list.

The Drunken Dumpling is a vibe all on its own with bottle service, weekend DJ and dance floor, not to mention some of the most delicious dumplings and bao buns I have ever tasted. This late-night bar is all about finding balance between an epic nightclub vibe, on-trend cocktails and a dinner menu to make your mouth water. And they have nailed it.

Let’s talk more about the food.

We ordered a table’s worth of food, all hand made on site. Zucchini dumplings, cheeseburger dumplings (that taste like you are eating a Big Mac in dumpling form – heaven), Noi’s house-made barbecue pork buns, karage chicken bao, sticky pork bao – and we ate every last bite. That is how good the food is. And the best part – if you’re out for a night on the town – is that the plates are designed so you can easily share these dishes or keep ordering and snacking throughout the evening.

As for the cocktails, they are mixed to perfection and stick with the Asian-inspired vibe.

And while it might sound as though this is a place just for the youngsters of the Coast, it isn’t. Those of any age who enjoy a ‘Super Fun Happy Time’ and good food will get a kick out of The Drunken Dumpling.

Needless to say, we will be visiting again.