This local business is helping the planet, one coffee cup at a time. 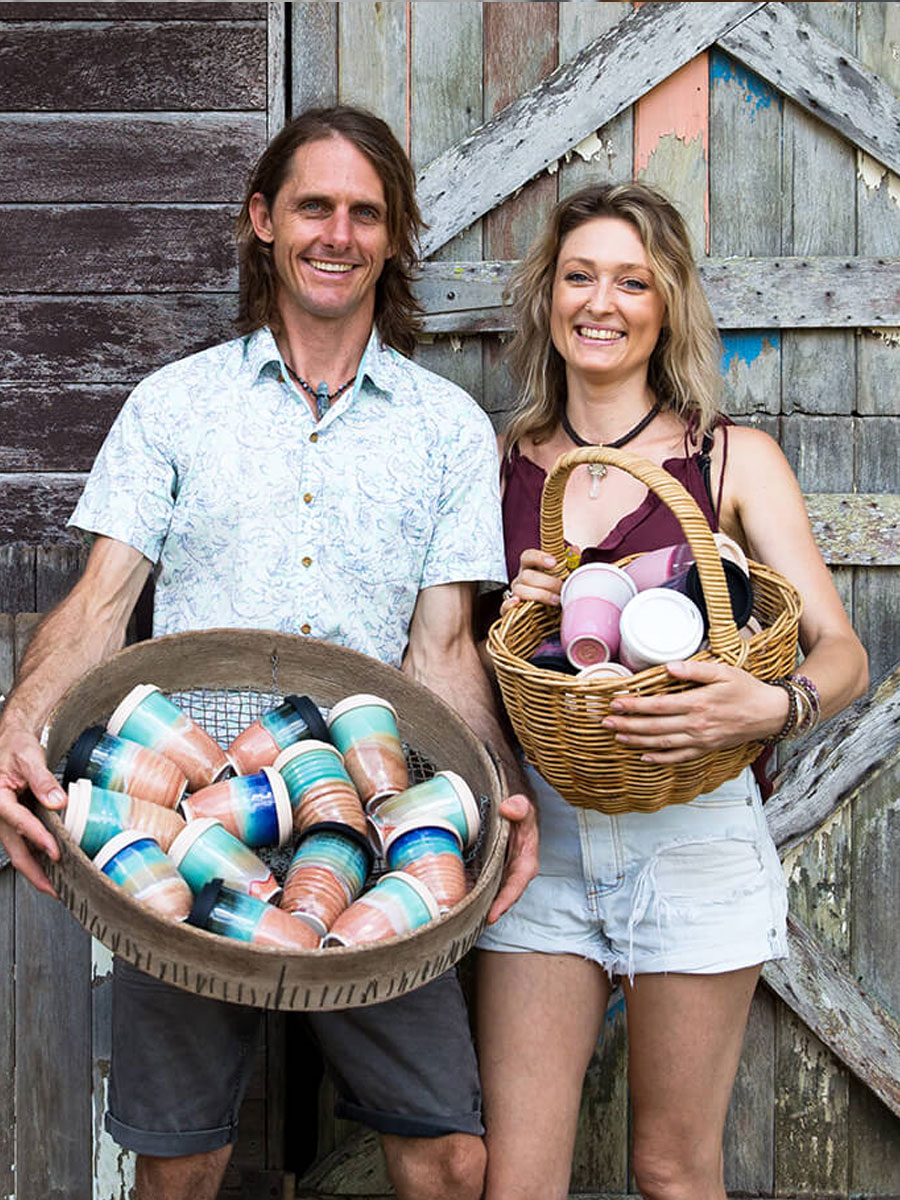 For Renton Bishopric, seeing someone drinking out of a disposable coffee cup is like seeing someone smoking a cigarette. He’d like to be able to tackle them and say: “just don’t do it”. But the founder of Pottery for the Planet, the locally made ceramic keep cups that have gained legions of fans around the country, tries to bite his tongue.

“I probably say something more often than I should,” he says. “What’s amazing is there are still people out there who see a reusable coffee cup and go, ‘oh, you mean you actually take that to a cafe? Oh, that’s a good idea.’”

A good idea it certainly is. Since Renton launched Pottery for the Planet – Australia’s first reusable ceramic coffee cups – in 2016, they have taken off in a big way.

“We’ve got over 250 stockists,” he says. “In the last two years we’ve gone from just myself working in the studio to 11 staff and we’ve set up another studio in Margaret River that’s producing for the WA market.”

He’s had enquiries from as far away as New York City and this year will expand into New Zealand.

Renton lives at Peregian Beach with his partner Clare Botfield and has a studio at Mount Coolum, where the team works away handcrafting each cup with beautiful glazes inspired by nature.

“It’s in an old horse stables,” he says of the studio. “It’s exposed to the elements and we call it windy hill studio. When we moved in there, we had to shovel out all the horse poo. Clare found the place. I said to her, ‘I can’t work in there’. She said ‘no, I think it’s got potential’ and it all grew from there. It ended up being the perfect location for what we do. It’s in a beautiful location close to the beach and close to couriers and other services.”

In fact, the ceramic keep cups themselves were also Clare’s idea. A jewellery maker with her own store in Eumundi, she spent three years trying to persuade Renton to do it.

“I dismissed it,” he says. “I said, ‘I’ve got my own thing’. I just didn’t appreciate the potential in the idea. It wasn’t until we decided to do a stall at the Woodford Festival in 2016 that I thought, ‘let’s try Clare’s coffee cup idea’. It was amazing. They were really well received and we pretty much sold out.

“The Woodford experience opened our eyes to the importance of creating products that people could use in their daily lives to help them live a more sustainable life. That was the realisation, we thought ‘hang on, there’s a market in making sustainable products’ and everyone wins – the customer, the planet and us.”

There were reasons why he was a little hesitant. Having grown up with two parents who were serious potters in Byfield, just north of Yeppoon, he saw it as selling out. His parents have owned their studio for 45 years and Renton grew up around pottery. As a young man, he took off travelling, spending his early twenties working on yachts and at ski resorts, until he broke his back in a snowboarding accident in 2002.

“I got flown home and spent six months living at my folks’ house,” he says. “I was in a brace and fairly debilitated. Partway through the healing process I became fit enough to start playing around on a pottery wheel. That was the window I needed to find the love for pottery and it grew from there.

“I always played around with it, but I think like most kids I wanted to do something different to what my folks have done. It wasn’t until I came back to Australia with fresh eyes that I realised they’ve spent their lives creating a pretty amazing lifestyle for themselves. I thought, ‘I wouldn’t mind a piece of this’.”

Renton took on a five-year apprenticeship with his father, producing work to supply his parents’ gallery. In 2014 he moved to the Sunshine Coast with Clare and Pottery for the Planet was born.

But it’s not just a business for Renton. As a surfer with a love for the ocean, he takes his commitment to the environment seriously. He has partnered with the Stop Adani campaign nationally, producing an exclusive line of cups with 100 per cent of profits donated back to the campaign, and he’s also producing cups to support the Australian Marine Conservation Society. Plus, there are plans to expand the range into new lines.

“Sometimes it’s a little bit overwhelming,” he says. “Just the sheer volumes we produce. It’s becoming something where you can’t stop. You can’t stop making them, you can’t stop glazing them, and you can’t stop firing them. Our stockists are relying on that now. The thing that drives us is that each cup that goes out is saving potentially hundreds of single-use cups, removing them from landfill. In fact, if each cup is being used five times a week, that adds up to millions and millions of cups not going to landfill.”