On with the show

In a career that has seen her hopscotch her way from one ground-breaking show to the next, Livia Hanich has rubbed shoulders with the rich and famous. 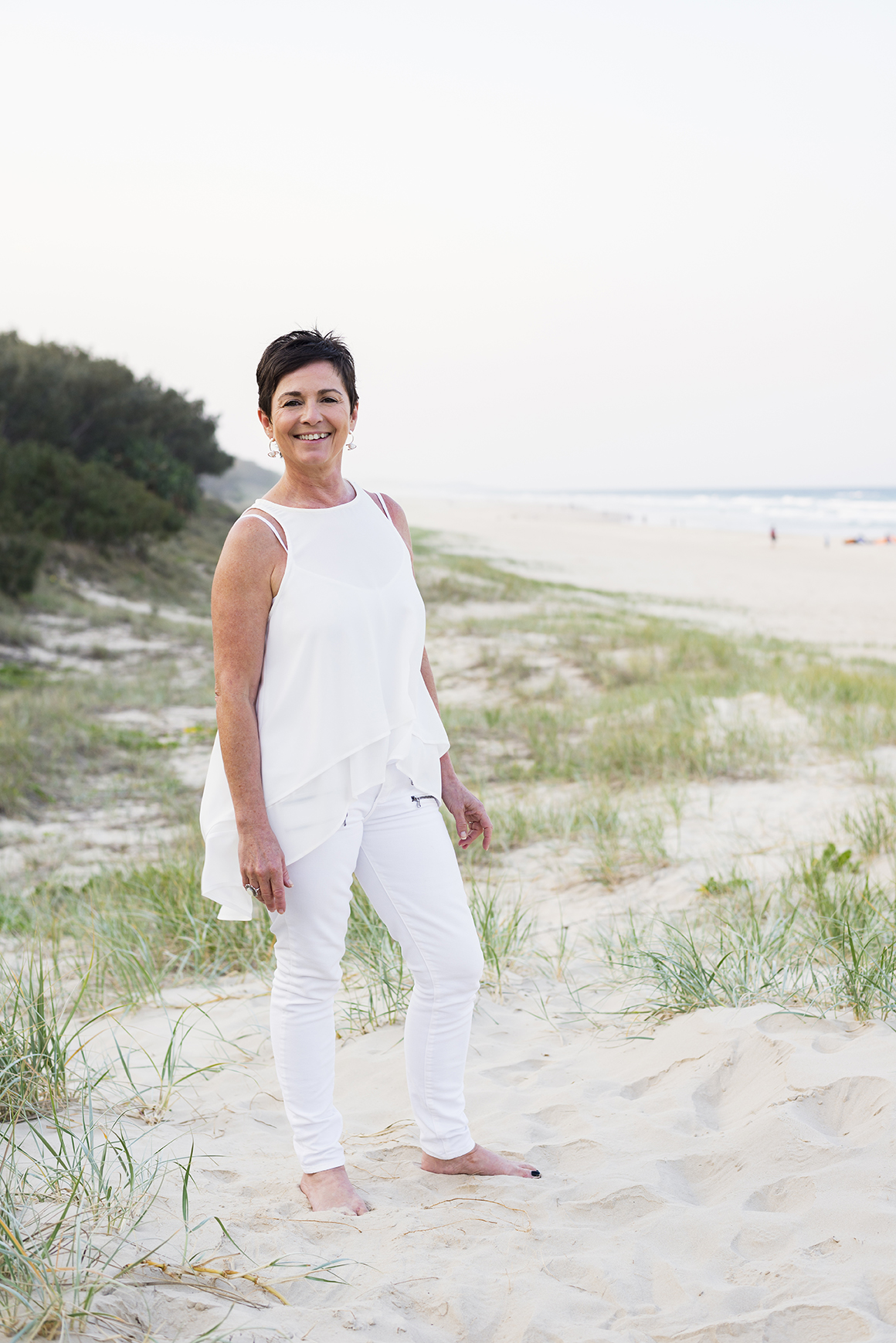 In a career that has seen her hopscotch her way from one ground-breaking show to the next, Livia Hanich has rubbed shoulders with the rich and famous. She has worked with the likes of Aaron Spelling, Darren Star, Seth MacFarlane and Steven Spielberg during 25 years living in Los Angeles.

She still has the elaborate gowns she wore to the Oscars and Emmys, a proud reminder of the glitzy red carpet events and parties that were her world until she and husband Bill Missett, an American screen editor, decided to up sticks in search of a more grounded life.

“In 2014 my brother moved from the northern beaches of Sydney to Noosa,” Livia says. “I turned to my husband and said, ‘check out this area, it’s just incredible’. I said ‘Bill, you know what, we could move to Noosa and get into a really beautiful, more relaxed lifestyle and a better place to raise our kids’, because we didn’t really want to raise our children in LA.”

They settled into their new house in Doonan in January 2015 and while their teenage sons Jake and Gage complain of slow internet, they’re experiencing a sense of freedom and safety they never knew in LA.

“In LA no matter where you live, you only have to go a few streets in any direction and you land in a dubious neighbourhood,” says Livia. “Children are always under some kind of supervision. My youngest was asked by a friend of mine if he missed LA about three months into living here. Gage took a pause and then said, ‘I’ve heard a siren only once since living here’. That really floored me. In LA you constantly hear police sirens, ambulances and overhead police helicopters hovering with search lights.

“LA is a great city, it has a lot going on and we had a great time living there, but in our opinion it’s not a city to raise children in. The lifestyle can be highly materialistic. We wanted our boys to be more grounded and not get caught up in all that. We like to live well and we do, but it’s based on hard work and appreciation for life and what it takes to live that way, without the expectation that everything gets handed to you on a silver platter. The entitlement attitude of kids in that lifestyle is crazy.”

Originally from Sydney, Livia quickly slotted back into the Australian TV industry upon her return and is working as a post producer on a new ABC crime drama called Harrow, premiering in February 2018. It’s being made by a Brisbane-based company, Hoodlum Entertainment, which is also producing the first original Australian Netflix show, a supernatural crime series called Tidelands. It begins filming in Queensland in March next year and Livia says she’d love it to be filmed on the Sunshine Coast.

“I was 27 and I wanted to explore a bigger pond and the nexus of the industry is Hollywood.”

While she maintains strong ties to LA, Livia feels a loyalty to the Australian TV industry, where she first cut her teeth as a production co-ordinator and manager on Beyond 2000 in the mid-’80s. It was that opportunity that allowed her to leapfrog straight into a job in LA, where she worked on the American version of the show, Beyond Tomorrow.

“I was 27 and I wanted to explore a bigger pond and the nexus of the industry is Hollywood,” she says. “It was a fairly young age to land in those waters, but I had the comfort of knowing I had a job. It was exciting and scary at the same time.”

From there she scored at job at Henry Winkler’s company, Fair Dinkum Productions, describing ‘The Fonz’ as a gracious, warm and kind-hearted person. It was following her internship with Winkler’s production company that she got a huge break as a post producer on Beverly Hills 90210, followed by six years on Melrose Place.

“It was incredibly fortuitous and a really great learning curve to move from factual and documentary-style programming into long-form dramatic TV,” she says. “Aaron Spelling was actively involved in every single project. It was awesome to work with Darren Star too ­– he was only just finding himself in that world, making his way towards his executive producer stripes on Sex and the City.”

After a career lull where she found work was no longer satisfying her, and the breakdown of her first marriage, she returned to Australia to regroup. It was as if having a hiatus from Hollywood, her feet planted back on Australian soil, gave her a fresh perspective on what she truly valued in life.

“I went back to the States with a different mindset of what I was looking for. I wanted to work with quality, talented people. You get caught up in the lifestyle in America – the flashy cars, the nice clothes, you can’t help it. But then you realise – where is the quality of life?”

She met Bill, who she’s been with for 16 years, and became a founding producer of reality TV show Temptation Island, followed by NOW (No Opportunity Wasted) with Phil Keoghan and then segued back into drama, with Notes from the Underbelly, produced by Barry Sonnenfeld of Men in Black fame.

The sci-fi drama series Terra Nova beamed her into the orbit of Steven Spielberg and his team at DreamWorks and led to the swansong of her career: producing the new version of the iconic Carl Sagan series Cosmos, presented by astrophysicist Neil deGrasse Tyson.

“LA is a great city, it has a lot going on and we had a great time living there, but in our opinion it’s not a city to raise children in.”

“It brought together all of my years of experience from my Beyond 2000 days of how to manage the logistics of filming all over the world, how to tell sometimes very dense information in a narrative way that people can grasp, and my visual effects experience from the shows Pushing Daisies and Terra Nova.

Livia won a Producers Guild of America Award and a Peabody Award for her work on Cosmos, and was nominated for an Emmy Award. While she describes working on the big hit teen dramas as lots of fun, it’s shows like Cosmos, NOW, Pushing Daisies and Beyond 2000, programming with deeper content and the potential to educate and inspire people to grow as human beings, that animate her most as she thinks back over her stellar career.

After reaching the upper echelons of her industry, Livia now wants to share what she’s learnt with others. She’s the president and chair of the Sunshine Coast Screen Collective along with Bill and a core group of local creatives. They aim to develop a screen industry in the region which, while it may never have the twinkle of Tinseltown or the glitter of the Gold Coast, has great potential in Livia’s view and is enriching her new life on the Sunshine Coast.

“It’s a dramatic difference to LA but it was a very conscious choice,” she says. “My husband and I absolutely love it here. We have no regrets and we’re feeling so excited because we’re finding ourselves in our group, forming this screen collective and finding out what we can bring to the region.

“There’s a lot of creative talent here and we want to develop those voices and talents and identify resources to help tell those stories,” she says. “I come very humbled and excited about what experience I, and my husband, who has been in the industry as long as I have, can bring to the table. We want to inspire and support and nurture young voices. I’ve always enjoyed being part of seeing people realise their potential and dreams.”