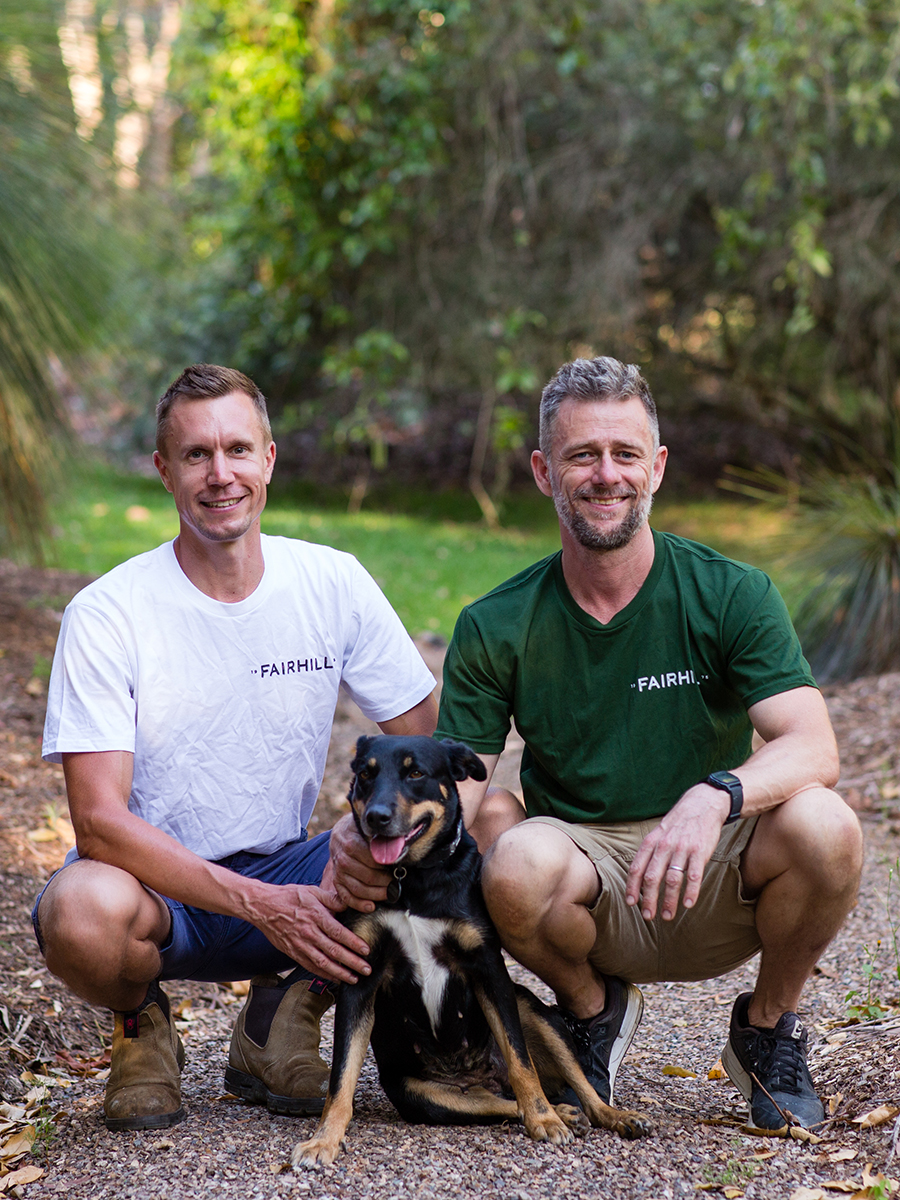 The dream of owning and growing a business has become a reality in its most pure form for Steve Raw and Lee Folland as they breathe new life into a once-loved Sunshine Coast destination.
When they purchased Fairhill Native Botanic Gardens & Nursery about a year ago they had a vision to create a community hub that celebrates the best of native Australiana – from it plants and wildlife, to food, music and art.

Planting the seed to manifest their dream, so began the process of revitalising the once-thriving property. Fairhill was first established in 1975 on former dairy land in Ninderry, about 20 minutes from Noosa. By the late 1980s and early 1990s it was one of the most prominent native nurseries in Australia. Visited by well-known gardeners, local green thumbs and those wanting to appreciate and enjoy a day in nature or a relaxing meal at the restaurant, it was a popular destination until the original owners retired in 2002.

It was almost by accident Steve and Lee stumbled across the 8.5-hectare property after a holiday to Australia last January quickly became an extended stay as the pandemic set in.

Meeting in Beijing in 2006, Steve and Lee had successful careers in retail and consumer research respectively. They spent the next 14 years raising their children, mostly living and working in China. Unable to return to China in 2020, the family instead began travelling Australia, making it as far north as Noosa. It was here Steve, who is originally from Adelaide, knew the Sunshine Coast was the perfect place to grow a business.

“We were always saying we wanted a business we could grow, and then I was looking online one night and saw this was for sale,” Steve says. “When we first saw the property, it was really obvious that it has such great bones. It’s not so much about us starting again but taking what was here and making it better.

“We see Fairhill as a real celebration of Australiana through native plants, food, art and music.”

Realising the potential and the need to revitalise the community space, Steve and Lee closed the gardens in January 2021 to bring their vision to life. “We closed for a few months to have a look at the property to see what we could do,” Steve says.

“From there we landed a vision for the property. Our vision is to stick to natives and take it back to what it was and make it the most relevant botanic gardens and nursery we can.”
Fairhill’s propagation team and nursery is now up and running and sells one of the largest ranges of natives in Australia.

Steve and Lee hope that through the nursery, visitors can learn of the beauty and importance of native plants, which will in turn inspire a trend. “There’s this concept called rewilding, which is putting back the trees and plants that were there in the first place,” Steve says. “That’s something that I would love to do for all the gardens on the Sunshine Coast.

“What excites me the most is because natives on the Sunshine Coast grow so well, you can have the most extraordinary gardens of anywhere in Australia. So the concept is that everything that is growing in our gardens you can buy from the nursery.

“We’ve found out there are a number of plants here that are rare or critically endangered, so being able to get cuttings from those and grow them, as well as help people who come here understand what grows in here, is pretty special.”

Fairhill is also home to a range of native bush foods, giving visitors a chance to connect deeper with nature and the land from which their food grows.

“People are wanting to learn more about native edible foods and how to cook with them,” Steve says. “To have that connection to the land and to the native plants and to be able to teach people not only how to grow them but to use it in their cooking is wonderful.”

“We came across Ten Acres, shared our vision for Fairhill including a restaurant and bar, and realised we had a lot of shared values,” Steve says. “That quickly became a partnership called Botanist & Baker. The idea is the coming together of everything it takes to be a great botanist as well as a great baker and to serve locally sourced, modern Australian food that is healthy, and not only coming from the area but from these gardens too.”

Steve and Lee plan to have the restaurant built by the end of summer and will transform the former restaurant building into a space to hold workshops and functions.

The couple says community feedback has been positive since reopening, especially from those who remember the gardens 30 years ago. “The support from the community has been amazing,” Lee says.

“We’ve had old staff come and cry to see the place up and running again and customers who have planted their own gardens 30 years ago have come back. We feel very privileged we are bringing it back. People know it and remember it.”

Making it a place for all ages, Steve and Lee hope Fairhill will reconnect visitors with nature.

“No matter how much of a digital world we live in, the magic still happens in real life,” Steve says. “There are so many people who want to come out for a day and have a day in nature.

“Because of COVID people have fallen in love with Australia again and realised what an extraordinary place we live in and want to learn about that and celebrate that.”

The revitalisation of Fairhill with be a continuing process, and as Steve and Lee say, a garden is never truly finished. “What excites us is that we are not in a hurry; it’s going to take a few years,” Steve says. “It’s been an incredible 10 months – we’ve made great progress.

“As people come here and we share with them the journey we are going on, each time they come back they see something that has changed. A lot of people want to go on that journey with us. This is about what we are creating – we are creating a place for people to come and hang out and enjoy.

“We want music to be a big part of it too. We will have live music and people can sit on the lawn or in the bar. The nicest time of day is in the summer between four and 6pm. All the birds come out and it’s like this golden sunlight. It’s perfect for a nice glass of wine or a beer as the sun goes down.”