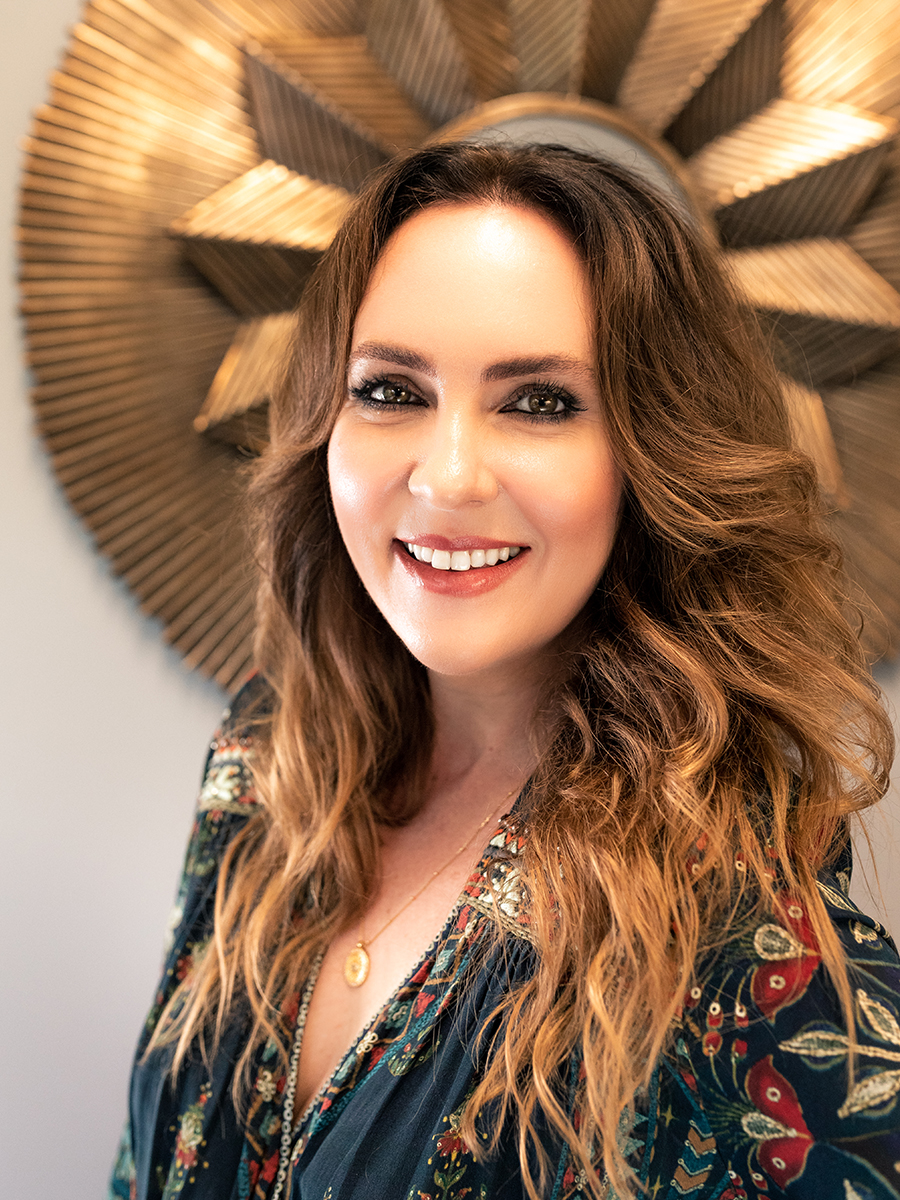 Beautiful Minds founder Marina Passalaris is proof that a meaningful life purpose can spring from hardship.

Through the Beautiful Minds schools program and private workshops, Marina and her team – which includes mental health experts, movement therapists, psychologists and nutritionists – uplift and support thousands of Australian children and teenagers every year.

“I have always felt this is my calling,” says Marina. “I struggled at school a lot as a young person. I had a wonderful family and lots of support but I had chronic acne and terrible anxiety and I struggled to find a place in my school. I was in one of the top private schools in South Africa and we didn’t have the support, and I thought, how do kids with no family structure and no support cope?”

Marina and her family immigrated to Australia when Marina was in her early twenties. Her parents fell in love with the Sunshine Coast as soon as they arrived. While Marina is now based in Sydney, her family is still here and she calls the Coast home.

Before she launched Beautiful Minds, Marina worked in the performing arts and modelling agencies. “I fell into a role of training models in grooming and deportment.” She worked for agencies in South Africa and Europe, as well as the Sunshine Coast. But she was concerned about the way young models were treated. Girls as young as 13 were struggling with mental health but no one was helping them. “I found that bizarre. No one was talking about mental health and no one was having conversations about things young people should be talking about.”

From there, Beautiful Minds was born. While Marina has a background in counselling, Beautiful Minds “was about bringing in top experts” to deliver courses to girls. Today, Beautiful Minds delivers hundreds of workshops to thousands of young people around the country every year. “We’ve got 12 full-timers in the office and currently have 85 contractors,” she says. “Everyone who is involved is an expert in their field and the programs have been written by psychologists and parenting experts and have the tick of approval from the departments of education in every state.”

As well as private workshops, Beautiful Minds runs school programs for boys and girls from grades five to 12 across the country. Topics at the school programs vary depending on the age group and include body image and self-esteem, bullying, friendships and dealing with technology. “It’s great for parents to know we are not a fluffy life skills brand. We are delivering content that is safe and relevant,” says Marina.

When she launched the workshops on the Sunshine Coast 16 years ago her focus was on helping girls, but for the past two years Beautiful Minds has also offered one-day workshops for preteen boys. “We realised boys had as many concerns as girls,” says Marina.

The preteen (age eight to 11) girls and boys workshops give the young people a chance to talk about “friendships, confidence, self-esteem, decision-making, bullying and resilience. There is music therapy and movement therapy. It is a very dynamic, creative day that ensures their senses are activated.” For girls aged 12 to 17 there is a one-day workshop that is heavily focused on mental health, nutrition, skincare, confidence, friendships, body image, resilience and decision making.

Beautiful Minds also offers three-day retreats for groups of boys and girls, where, Marina says, “they are immersed in nature. They have no access to technology. It is all about getting them to refocus, learning to be present, with yoga every morning and organic food.”

As such, Beautiful Minds offers ongoing support to parents and the young participants. “When someone does a workshop they get after-care notes. We are also able to help young kids that need additional support – so if they need to see a psychologist we can then advise them.” Many young participants also volunteer to be youth leaders. “It gives them purpose and a feeling of value in community.”

It’s this sense of value that we need now more than ever. “Anxiety has escalated due to increased use of mobile devices,” Marina says, adding that while social media and gaming were never a focus in Beautiful Minds sessions in the past, they are now big parts of the program. “We have a strong focus around helping people understand the importance of taking time out from devices.”

Bullying too, has increased. “About 90 per cent of our kids are being bullied. It’s not going to stop until the schools and education departments do more. But they [schools] are not equipped to deal with it. They are not understanding this is a national problem. We know a lot of the time it’s not being handled correctly. We need a lot more in school.”

She adds, “I think that as our society becomes more fast-paced, we become more impatient. We are more stressed, more time-poor. We have never been so connected but disconnected as human souls. There is such a disconnect in how we treat each other. Young kids are mirroring the behaviour of parents – whether it’s anxiety or anger. I think parents need to remember that.”

The answer, she says, is to switch off more. “Make space at home to be able to breath and calm down, have days at home with no TV and no gaming. Make time with family to get back into nature. Use good eye contact.”

She advises taking time, whether it’s over the breakfast table or dinner table, to talk about what is going on. “Talk about highlights from the day and things that didn’t go great, but how can we do it better next time.

“It is hard to raise kids in today’s world. But there is support out there.”

While the problems seem big, Marina is not deterred – she wants to help as many young people as possible. “While they are still developing and growing we are there to support them. But we do need to talk about failure, and that it is okay to fail.”

She says it is important for children to understand that life is “full of little glitches” and give them the tools to dust themselves off when they fail, rather than allowing them to avoid failure. “The thing is we can talk until we are blue in the face about stopping bullying, but it will happen – in schools, at university, in the workplace. We give them the solid tools on what to do [to deal with bullying]. We give them a recipe on how to move forward. That way they will be less overwhelmed when these things happen.”

For parents who can’t get to a workshop, Marina is working on an online program, which will be launched later this year. “We have a lot of young people on the NDIS, which we are approved for, and the problem is they may have such bad anxiety they cannot leave their bedroom. I know that we can’t always get people out physically. Kids that have been so badly bullied at school don’t want to be in that environment.”

As someone who believes in the healing powers of oils, Marina is also excited that Beautiful Minds has just purchased an essential oil company. All students who do her courses will be offered the oils. “There is so much research between smell and the physical body and we want to help young people have an additional tool.”

“We love what we do,” Marina adds. “It is genuinely rewarding to have made some sort of a difference. We are very invested in the lives of everyone we come into contact with. Every child – we take their stories very personally.”