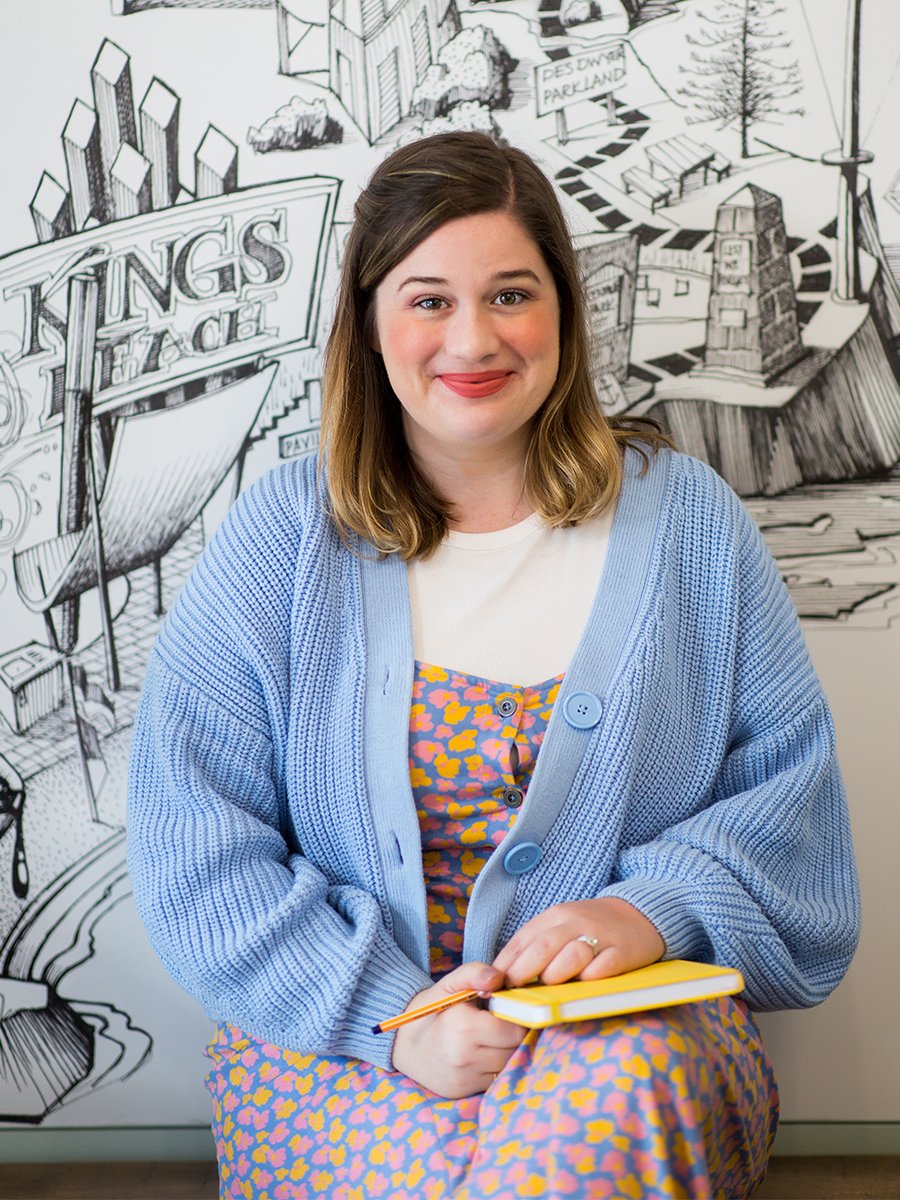 Author Rhiannon Wilde has a habit of hearing voices. They are the voices of her characters, insisting that she write them down. They can also appear before her, fully formed. They even sit beside her on the bus or in the car.

It’s a phenomenon that may seem a little unnerving but for Sunshine Coast-based Rhiannon, 26, whose award-winning debut novel launches in July, seeing and hearing the characters that populate her books is par for the course. Henry Hamlet’s Heart, a young adult (YA) queer romance novel set in Brisbane, is a love story that revolves around two best friends in a boys’ school.

In 2019, Rhiannon won the prestigious Queensland Literary Awards Glendower Award for an Emerging Queensland Writer for the unpublished manuscript of the book, which came with a publishing contract. Unsurprisingly, she’s been touted by critics as a new voice to watch in Australian YA fiction.

The main character, Henry Hamlet, presented himself to Rhiannon, a quirky former English and history teacher, when she had taken her students on a school trip.

“It’s a bit of a funny story,” she says. “I went on an excursion to a cemetery with my year nine history girls, and there was a grave of a man called Henry Hamlet from the Victorian era. Pretty much as soon as I saw the name – I didn’t believe this could happen until it happened to me – I fully saw the character.

“He was just standing in front of me, brown hair and glasses, a goofy teenage boy who has all these feelings and doesn’t know what to do with them. And he literally followed me around from then on, for all of the start of 2018.

“He’s a very insistent voice, and he kind of sat with me every day on my way to work, telling me stuff that I should write for him to do, and once I sat down to do it, I wrote the first 90,000 words in three months.

“A lot of other writers describe it – and this is how I would describe it too – is [the characters] just drop into your head; they just drop down from somewhere. I’m working on another novel and the same thing’s happened again. They drop from somewhere else and it’s your job to transcribe them. That’s how I see it.”

It was also her experience as a teacher that steered Rhiannon towards writing YA fiction, having started a creative writing degree before switching to English and history teaching at university. After teaching for three years, she found herself drawn back to her creative roots.

“As soon as I stopped teaching, [writing] pretty much pulled me back in. I think in a way, teaching informed my writing. Because I write YA fiction, I don’t think the book would be what it is if I hadn’t taught before I wrote it; I don’t think that I would be able to still access that young headspace if I hadn’t been around them all day, interacting with them.”

Although she doesn’t rule out ever going back to teaching, Rhiannon is enjoying being a full-time writer and living on the Coast where she grew up, after studying and working in Brisbane. Currently working on her second novel, she says her environment has inevitably influenced her work.

“It’s set by the beach, so very much inspired by where I am,” she says. “I can say that it’s about two sisters, it’s got another queer through-line but female this time, and the ocean and living by the sea and what that means for you is another big thread.

“I think because I’ve always lived by the sea I wanted to interrogate that a little bit. Since I’ve come home and I’m not living in the city anymore, I’ve realised I really enjoy being in nature, so I think that worked its way into what I did next.”

A cafe is Rhiannon’s preferred workplace – “I think white noise and caffeine is just a golden recipe for being creative and not feeling trapped” – although she also loves the beach.

During the pandemic, when her novel was going through the lengthy editing process, cafes were off limits so she headed for the outdoors, finding inspiration at Moffat Beach, Caloundra’s Happy Valley and Point Cartwright.

“A couple of key themes that weren’t in the first draft [of Henry Hamlet’s Heart] that are now in it were written at Happy Valley sitting by the beach with a coat on, in the middle of winter,” she says.

“Another good piece of advice a writer friend of mine always says is to just finish a book, and it will teach you so much about how to write one,” she says. “Keep going until you finish a manuscript and even if that’s not ‘the one’, you’ll know all these skills and you’ll start picturing all these things in your head as a book rather than just an idea that you don’t know how to fit into anything concrete.

“And listen to the Henry Hamlets when they drop into your head, or when they sit next to you in the car.”