A Sunshine Coast local is changing children's lives through yoga. 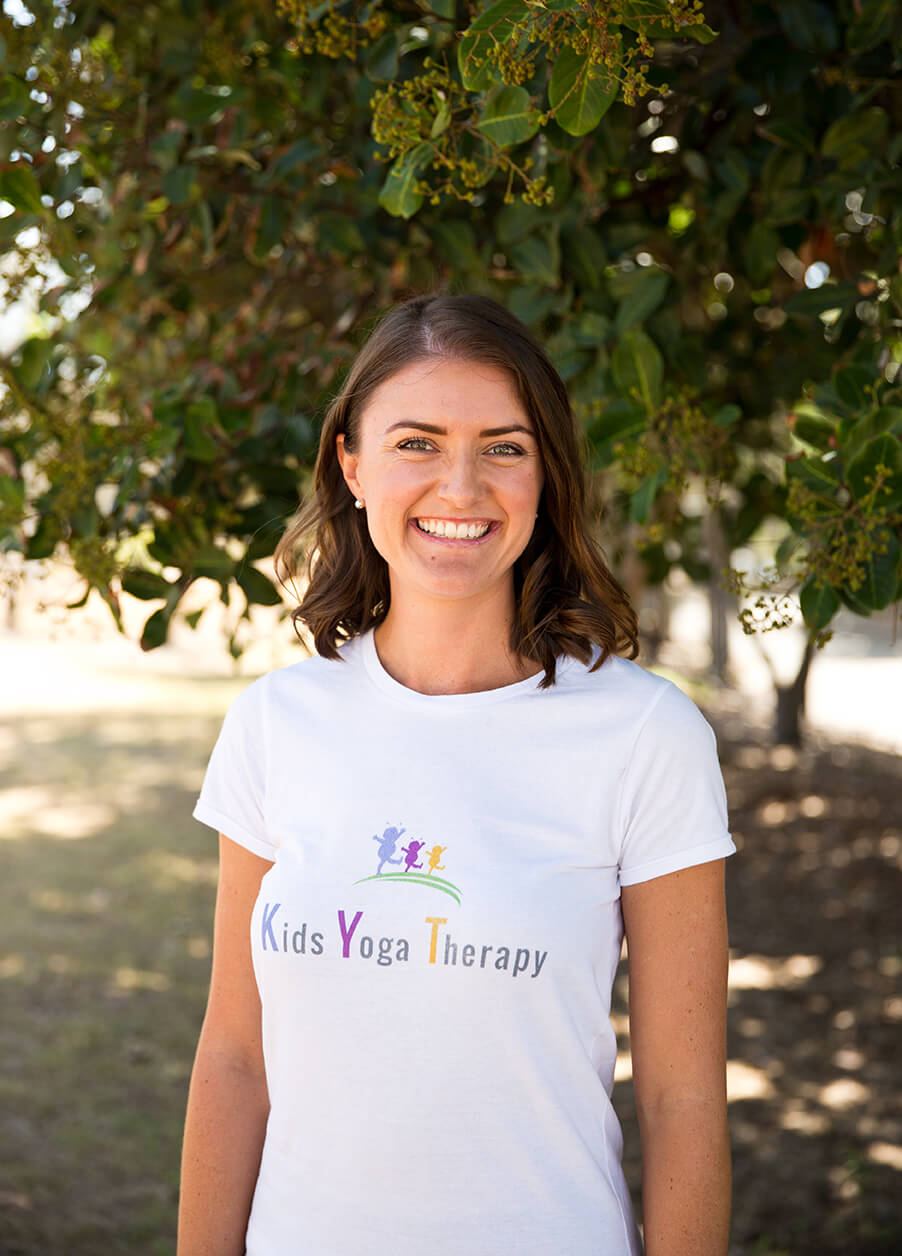 Jessica McIlveen has always wanted to be a change-maker, but it took her a while to find her niche. As a child, her only desire was to be a social worker, despite the efforts of those close to her to talk her out of it. They told her it would be too much trauma for a young girl to handle, but Jessica was determined.

“I think in hindsight my determination definitely came from my childhood,” she says. “There was addiction surrounding me, depression surrounding me, scenarios of suicide surrounding me. With those experiences came a deep desire to prevent the impacts of that harming other people, essentially. You don’t realise that until you get a lot older.”

She studied social work at university and began her career working in child safety, but found it wasn’t a good fit. Much of her time was consumed with paperwork and she was often in crisis mode. From there she moved into foster care, but grew frustrated after a couple of years and decided to go travelling in search of clarity. In her final week of work, she was struck down by intense anxiety and panic attacks, which she’d never experienced before. She turned to daily yoga and mindfulness meditation to help, thereby discovering a new life path.

“Within a week and a half, all those sensations of panic I was feeling in my body were completely gone,” Jessica says. “I became aware of the power of meditation. I was with my friend in the UK one day and I didn’t want to come home and be a social worker again. My heart wasn’t in it. I was talking about my journey through yoga and meditation. She said a simple comment: ‘why don’t you do that work with the children you want to work with?’

“That was it. As soon as she said that comment, it was like a huge fire lit within me. I got on the internet and looked into courses. I researched what psychologists, psychiatrists and neuroscientists were saying about body therapies in healing trauma and special needs and I discovered there was nobody in Queensland doing that work.”

She went to Singapore to do a teacher-training course in yoga and meditation for children and this year is studying biomedical yoga geared to trauma and special needs. She now combines her years of social work with her skills in yoga and meditation to work full-time with foster children and special needs children through organisations such as Mission Australia, UnitingCare Queensland and Mercy Community, dividing her time between homes in Sippy Downs and Brisbane.

Jessica conducts group classes and one-on-one sessions with children between the ages of four and 18 who are at risk of being removed from their biological parents, as well as foster kids. Many of these children have been neglected from birth, physically or sexually abused or experienced medical trauma.

“My goal is to help them feel calm and accepted by other children,” she says. “The yoga and meditation helps them reconnect with their bodies. Often these children have completely disassociated from their bodies. They don’t know what hungry means, don’t know when they’re full, don’t know when they’ve hurt themselves. The pain receptors in their bodies aren’t connected. I try to bring a sense of calm to the body and mind, which they often don’t get to experience. I access the parasympathetic nervous system through breathing. I want to get them out of a fear response state and into a relaxation state in order to increase their physical and emotional health.”

Jessica uses tangible objects, such as ‘breathing feathers’, so children have something to hold and look at. Or she may calm a hyperactive child down with a head massage.

“They thrive on that calming touch,” she says. “It’s very powerful. Quite often these children never had healthy touch, calming touch, loving touch. That’s altering the feedback loop within the body and mind in terms of what touch actually means.

“Motor skills and body co-ordination are also really important for these children. Based on how their brain has developed, their motor skills are not at the same rate as the average child. Practices like yoga require concentration, balance. Yoga requires limbs to be in different directions, it’s using the left and right side of the brain. We now know with the neuroscience that if we’re going to effectively create healthy neural pathways in the brain and alter the connections, we need to start with basic movements. That’s why yoga is beautiful.

“If you take notice of what a two-year-old does and a three-year-old does, they actually do yoga poses without knowing they’re yoga poses. They’re experimenting with their bodies. It just comes naturally to us and that’s where we need to begin when they haven’t developed in a healthy way.”

Jessica is constantly upskilling, attending and speaking at conferences and researching new approaches. When she talks about her work, it’s with the enthusiasm of someone who has discovered their true vocation. She’s now creating three- to five-day intensive interactive seminars that will guide children and their families through a program to alter their perceptions, expectations and level of self-awareness – because often it’s the parents as much as the children who need help. Ultimately, she hopes to take the program around Australia and overseas.

“I don’t even know how I get paid for this work,” she says. “It’s not work for me. It’s just me going and doing what I absolutely love and I believe in and I know works. There’s zero doubt in my mind about the direction I’m going in with my work. It’s the best decision I’ve made in my life.”