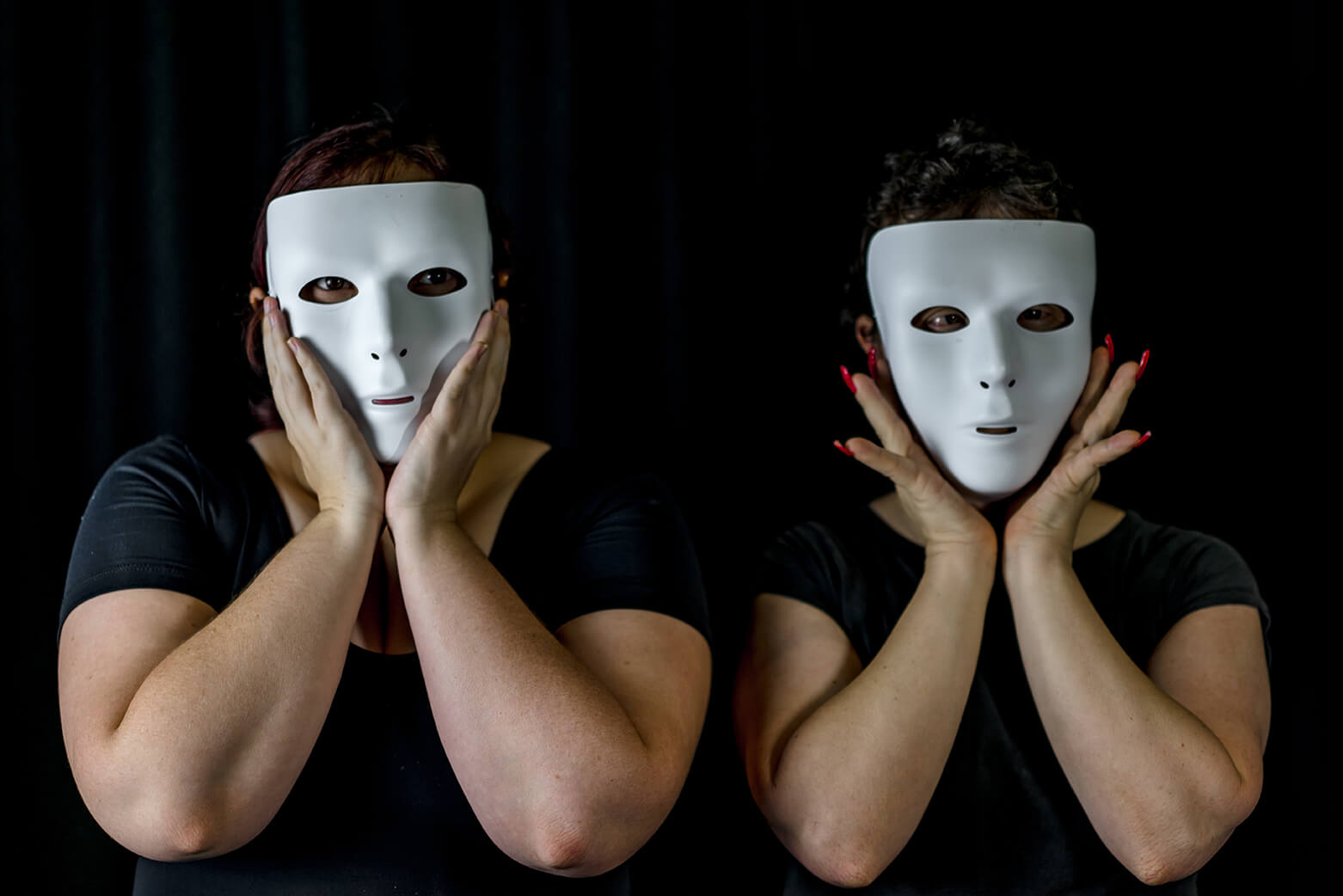 For almost a century, there have been passionate and dedicated men and women of the stage bringing to life glorious tales of comedy, joy and woe on the Sunshine Coast. They have had audiences of all ages in stitches of laughter, leaving their seats with hearts filled with happiness, and occasionally wiping away a stray tear or two as the rawness of seeing live performers give it their all on stage evokes deep emotions.

This is a legacy that continues to this day. With the BATS Theatre Co clocking up more than 90 years, Nambour’s Lind Lane Theatre more than 70 years and the Noosa Arts Theatre almost five decades, there is no doubt the performing arts have been one of the consistent threads in our society.

In fact, there are now more than 25 theatre companies and myriad music, dance and circus performing groups on the Sunshine Coast, each offering something unique to their audiences.

A survey of the 11 Sunshine Coast Theatre Alliance (SCTA)member theatres has shown that 900 people are actively involved in theatre practice with 40 per cent of them in the youth theatres – BYTES Theatre of Excellence and Little Seed Theatre Company in Noosa.

In a show of how strong our up-and-coming Coast talent is, BYTES won the major critics and audience awards at the South East Queensland Anywhere Theatre Festival last year for its groundbreaking and mesmerising production of Metamorphoses. The students performed the entire work in a swimming pool, really stepping outside the traditional realm of theatre.

“Having been around for 20 years, BYTES alumni literally are performing right around the world,” says BYTES director Robyn Ernst. “Current students have been successful in gaining lead roles with professional shows, including one of the Australian ‘Matildas’ and with theatre companies on the Sunshine Coast with The Miracle Worker, 25th Annual Spelling Bee and Anne Frank as well as in Brisbane.

“Musicals such as Carousel, Legally Blonde and Chicago under the musical direction of Scott Gaedtke and under the keen eye of principal choreographer and professional artist Melissa Lanham have gained BYTES a considerable following of patrons who come along regularly to shows because of the high standard of theatre.”

For others in the community, the pull of the theatre has had a life-long hold. Denise Campbell, who has been a performer, director and secretary for the Lind Lane Theatre since 1973, found her calling to the stage at the age of 14 at the Maryborough Players and went on to perform in Brisbane before finding Lind Lane after settling on the Coast.

Denise says while advances in technology have enhanced theatrical value for community groups, the core values remain the same. She says when you consider that community theatre groups operate on a voluntary basis, it is incredible to see the number that have enjoyed such longevity on the Coast.

“There are dedicated people in all of these groups and they are the ones that have kept them going, along with the tremendous support from the public,” she says. “Theatres like the Lind Lane have a discerning and loyal following.”

At 79 years of age, Denise proudly falls into the group of theatre-goers known as the ‘matinee mob’ – seniors who attend the matinee shows en masse across the region.

“People underestimate them,” she says. “I have a lot of respect for them because many of them have been on stage themselves and they don’t just go out to any old show to get out of the house; they love live theatre and will be selective in the shows they support.

“Our audiences at Lind Lane aren’t decreasing; we have a lot of groups that have been coming for years and years. Where theatre on the Coast in general is struggling is younger people aren’t going to the theatre. Technology has allowed them to do so many things watching a screen at home.”

The SCTA introduced the THEATRELAB concept two years ago as a means of engaging with creatives from both its member groups and the wider community to participate in workshops and seize opportunities to upskill with renowned performing arts professionals.

SCTA acting secretary and THEATRELAB co-ordinator Dr Jude Pippen says attracting audiences is a driving force for any company and each Coast theatre group has a loyal following, some more conservative than others.

“Because of the very active youth theatre companies, there is a younger audience coming through and stunning singer/actor talent being demonstrated,” she says. “The popularity of film and television has had an impact on audience for live theatre, but many people recognise the irreplaceable experience of being in the moment with live actors.”

The performing arts landscape on the Coast has also provided an opportunity for people with disabilities to shine on stage, with the Sunshine Troupe joining the theatre alliance.

Founded by Kris FitzGerald and Lisa Lenouar in 2009, by October the following year Jamie Dunn had introduced the group’s inaugural performance, The Wiz, to a full house at the Buderim War Memorial Hall.

Operating with seven performers ranging in age from 20 to 45, Sunshine Troupe’s Dr Veronica Wain says the troupe has now been involved in “mainstream events such as Horizon, Diner en Noir, The Sunshine Coast Theatre, Anywhere Festival and Noosa Together”.

“The troupe now receives invitations to perform at events and are sometimes offered payment for performance fees, which is exciting for the members and a welcome support for ongoing work,” she says.

“Funding in the not-for-profit and the arts is very competitive and we have lacked the capacity to really grow as a business, but we do aspire to one day being able to employ our performers with disability and to attend a major festival with our work. We have been invited to perform as part of the ceremonies team with the upcoming INAS Global Games being held in Brisbane in October 2019. These are the global games for elite athletes with intellectual disability.”

Veronica says audiences are delighted by their performances and their theatre restaurants – The Death Factor and High Court Musical – were highly popular. Sharing the stage with Kerri-Anne Kennerley during their STEPS Grand Winter Ball performance last year was also a highlight for the performers.

“Theatre culture in the mainstream on the Coast is, I believe, undervalued,” says Veronica. “We not only have some accomplished members in our own ranks, but some incredible talent across the Coast in terms of writing and performance.

“Many dollars go to touring companies. We have lost key talent from the Coast because the steps to professional practice are almost non-existent. Inclusion and diversity are terms that are gaining currency across the arts sector and it would be great to see more of a regional focus on disability and the arts.”

This is a sentiment shared by Maleny-based writer, director and actor for the Sunshine Repertory Theatre Simon Denver, who has had countless plays, musicals and cabaret scripts performed and published in his career, with more than 3000 live shows to his credit.

Simon says theatre on the Coast hit a peak in terms of popularity between the 1980s and ’90s, and since 2000 many of the traditional theatre companies have been hesitant to showcase brand-new shows. While there are plenty of shows across the region, he says a “casual glance” of the shows on offer at any given time would reveal the “vast majority” were written 20 years ago or more. “That’s a tell-tale sign,” he says. “There’s always hesitancy when community theatres are involved to perform a brand-new musical, and it’s justified.

“They will have to calculate how many nights they can perform it with low patronage before going back to the old plays to get the money coming back in. That’s the real crux of it and we are seeing it generally throughout Australia.”

The multi-award winner is highly regarded in local, national and international theatre circles, with his musical, Man of Steel, becoming the most performed play/musical in both Australian and New Zealand history. His latest offerings include a re-release of Muse, a modern play about people in the arts, and a brand-new offering called Millennium’s Child, a comedy about generation Xers “looking at what’s happened on our watch”.

Simon says he often takes his pro-am productions away from the Sunshine Coast in order to attract larger audiences. “In Brisbane it’s easy for each demographic to know where to go, but here we don’t have that definition and we’re finding most young performers leave the Coast after school and come back here in their mid-thirties to settle down,” he says.

“We have a plethora of senior actors and actresses and I can cast an entire show with them overnight, but with no multimillion-dollar companies based on the Coast focusing on building skills and increasing patronage of the arts, there is no incentive for young actors to stay here. As a result of this, many community and pro-am theatres in Australia are at a crossroads. We are not engaging enough with younger audiences and continuing to play to older audiences, which is a catch-22.”

XS Entertainment co-founder, teacher and performing arts commentator Xanthe Coward agrees one of the major challenges facing today’s community and pro-am theatre groups is the retention of young talent, a cause that has been dear to her heart since she established her company in 2007.

“We remain optimistic but right across our local arts scene we see no real change to this, just more talk and our graduates departing in droves, as I did at the time, to study and start out in the performing arts industry,” she says.

“The Sunshine Coast performing arts scene remains extremely safe, often criticised for pandering to a small subscriber audience, but every so often there are new individuals offering something different. These are the creatives we’d like to encourage to stay here but it’s a challenge to keep them when the same audiences want to see the same stuff and the limited number of venues here are unaffordable for [independent] artists.”

Xanthe says there continues to be a contingent of Coast residents who return to their favourite haunts in Sydney and Melbourne on a regular basis to see theatre and cabaret there and also a large percentage who drive to Brisbane rather than supporting local productions. “This is largely indicative of their lack of knowledge around what’s on and their lack of trust in the quality of local product,” she says.

“Anything we’ve produced that has been slightly risqué or anything by David Williamson have proved to be exceptions to this rule. People can generally be expected to leave their house for burlesque, a musical or a Williamson.”

Xanthe says she eagerly awaits the flow-on effects of the Sunshine Coast Council’s Arts Plan, which was endorsed last year, and hopes with this renewed focus will come a greater desire for “solid and consistent commitment” to engage artists on a professional level. She says the lack of a dedicated arts and entertainment centre here is creating an obvious void.

“We are firm believers that the Sunshine Coast has the talent and yet, these false beliefs that near enough is good enough and that if they’re imported, they’re better, continue to be promoted by those purporting to support the expedient growth of our local industry,” she says.

“We remain eternally optimistic and encourage residents to get behind the efforts of their community theatre groups.”